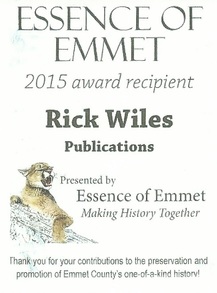 Richard Wiles is a retired northern Michigan American history and reading instructor at Petoskey High School. He is also a former Spring Arbor University "research class" instructor. He has written eight White Paper projects for the Petoskey Public Library involving historical events that concern the "Top of the Mitt" region of northern Michigan. He has become a "history detective" searching for the truth rather than relying on gossip, rural legends, and rumors that have created  many northern Michigan historical "myths."

His work includes the crash of the B-52 Air Force bombing trainer into Little Traverse Bay in 1971, the bombing of the two Upper Peninsula Air Force bases in 1972, the "almost creation" of the Woodland Indian National Memorial Park along Lake Michigan in 1972, and the 1968 Robison Family Murder Tragedy in Good Hart.

Other WHITE PAPERS include "The British Armed Sloop Welcome" reconstructed at Fort Michilimackinac during the 1970's and two famous nightclubs of northern Michigan, the Club Manitou and its succesor, the Club Ponytail.His latest work concerns the "Burn-Out" of the Indian village at Burt Lake (Michigan) in October of 1900 and Petoskey, Michigan's Afro-American resort hotel in the 1950's, the "Rainbow Inn."

His methods of research include personal interviews, newspaper searches, genealogical seaches, Freedom of Information Act requests, and constant revision of his work whenever warranted.The Robison Family Murder Tragedy research included over one hundred interviews of individuals involved with the murder case.

Wiles holds a Bachelor's degree in American history from the University of Toledo, a Master's degree in reading development-psychology  from Michigan State University, and an Educational Specialist degree in community leadership from Central Michigan University. He has been donating his work to the Petoskey Public Library second floor local history file since 2008. 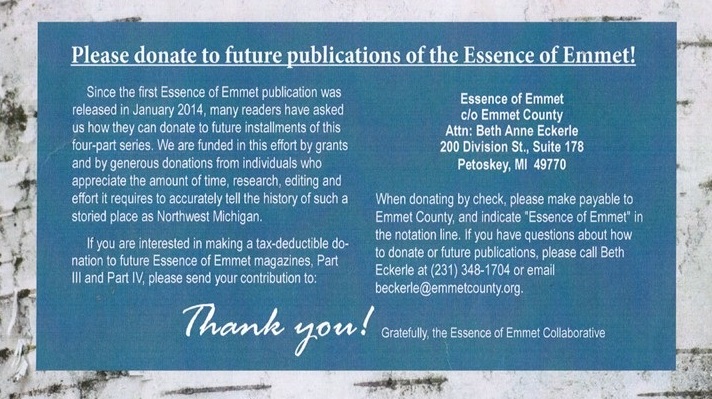